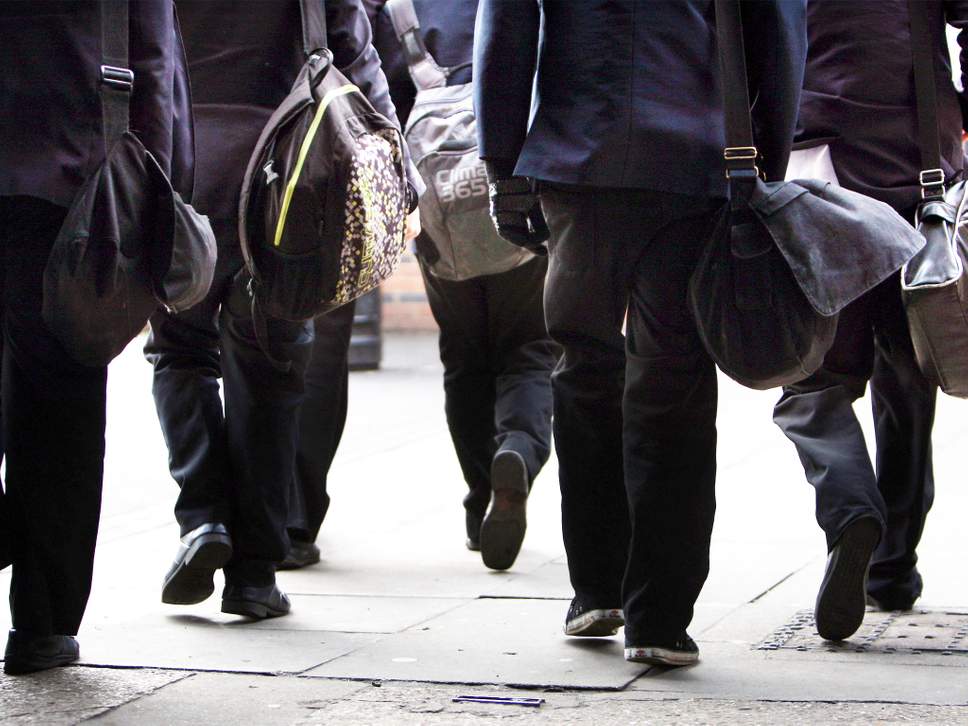 Nearly one in four teachers physically attacked by pupils at least once a week, survey suggests

Nearly one in four teachers are physically attacked by pupils at least once a week, a survey has suggested.

Almost three in 10 (29 per cent) teachers have been hit, punched or kicked – and nearly two in five (39 per cent) have been shoved or barged by students, a study from the NASUWT teaching union has revealed.

Other attacks include being spat at (7 per cent) and being headbutted (3 per cent), according to the survey, of more than 4,900 teachers, ahead of the NASUWT annual conference in Belfast this weekend.

One teacher said they have been “pushed, shoved or barged” by pupils, and one time sprained their thumb and struck their head on a radiator after being punched several times and knocked over.

Another, a former rugby player, said they were “more protected against physical violence and verbal intimidation on the pitch” than they were at school.

Nearly nine in 10 teachers say they have suffered physical or verbal abuse from pupils in the last year – and it has driven more than half of teachers to seriously consider quitting the job, the survey found.

Almost a quarter of teachers (24 per cent) are experiencing physical violencefrom pupils at least once a week or more and 4 per cent stated they are attacked on a daily basis.

And three in four teachers do not feel they currently have the resources or support in schools to meet the behavioural needs of all the pupils they teach.

The findings come after the National Education Union (NEU) warned that local authorities do not have enough money to provide adequate resources for special educational needs (SEN) provision in schools.

Members of the NEU, another teaching union, raised their concerns about the impact of zero-tolerance approaches to discipline in schools on vulnerable pupils at their conference in Liverpool earlier this week.

One teacher said a referral room was filled with SEN children and those with “difficult” things at home.

But the new survey from the NASUWT suggests that many teachers feel unsafe in schools because of poor pupil behaviour.

Nearly half (49 per cent) say the culture in their school is that verbal and physical abuse is part of the job and teachers should expect this behaviour.

One teacher, who has since left the profession, said: “Having taught for almost 40 years I have witnessed a demonstrable and seemingly unstoppable deterioration in pupil behaviour.”

Another said: “My school has become a frightening place over the last few years. I often try to only go on the corridors at times when I expect them to be quiet, as I simply assume I will be stampeded, pushed or sworn at.”

One teacher said: “We are seeing an increasing number of younger children who seem to be physically and verbally abusive to staff.”

Chris Keates, general secretary of the NASUWT, said: “No teacher should ever have to go to work with the expectation of being verbally or physically abused, but it is clear from this survey that for too many teachers this is the day-to-day reality.

“Pupil indiscipline is now second only to workload in teachers’ concern about their job and is a contributory factor to the teacher recruitment and retention crisis. It is simply unacceptable that employers are failing in their legal duty of care to provide a safe working environment.

She added: “The school system is riven with poor and unacceptable employment practices that are putting teachers at risk and ultimately driving them out of the profession. Teachers provide one of the most important public services and they deserve better.”

A Department for Education spokesperson said: “Teachers and school staff have a right to be safe while doing their jobs and any form of misconduct, particularly violence towards them, is completely unacceptable.

“The majority of schools provide a safe environment for pupils and teaching staff, and it’s important that they remain as such.

“We are committed to tackling bad behaviour in schools, have made great strides in empowering teachers to tackle this issue and have recently announced a £10m investment to support schools to share best practice in behaviour management.”